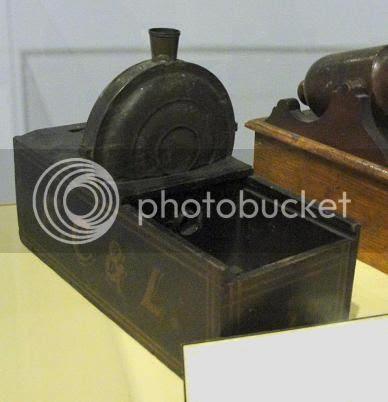 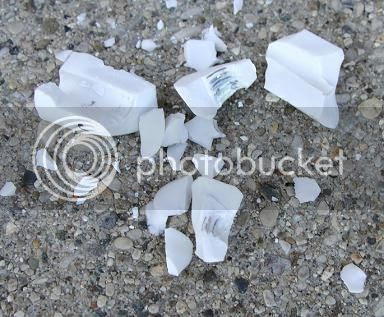 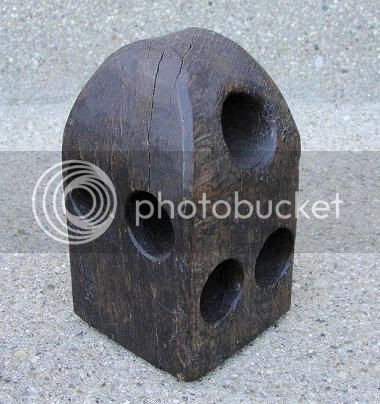 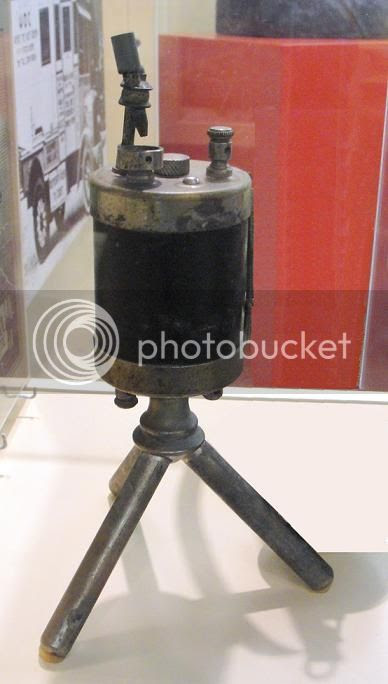 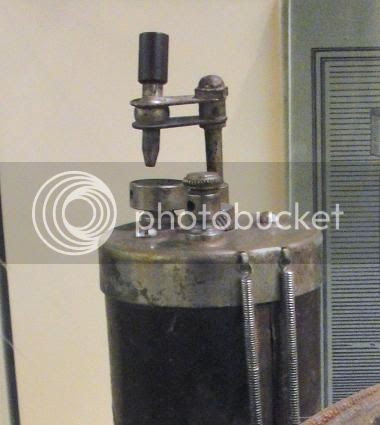 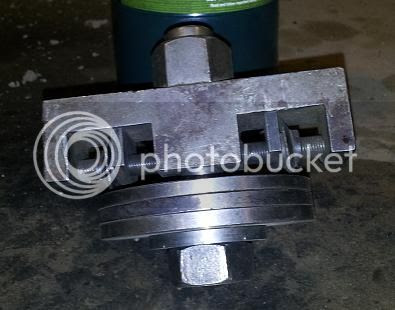 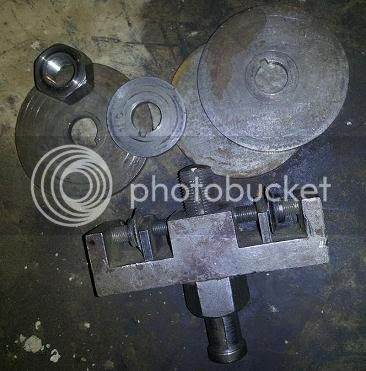 
2724. Submitted by someone who is looking to find the purpose of this tool: 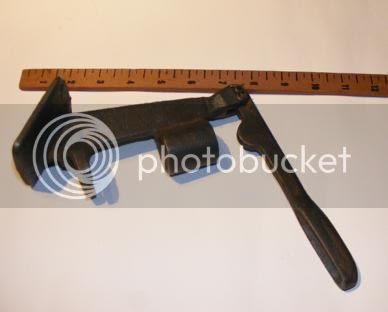 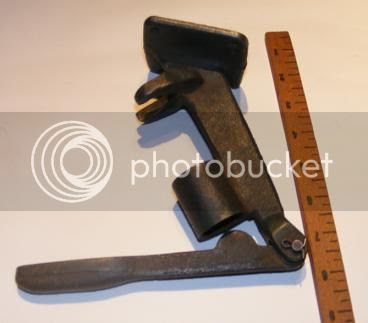 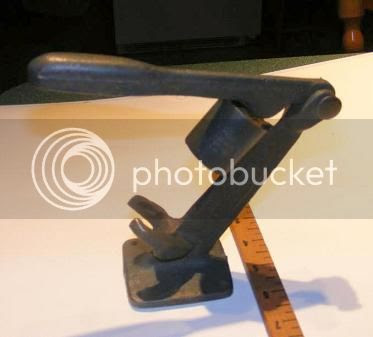 
2719. A vintage ballot box, the card next to it said, "GAR members would vote with black and white marbles in local elections with ballot boxes such as this one. The meaning of the initials is unknown. The canteen was made to resemble those used by soldiers during the Civil War." 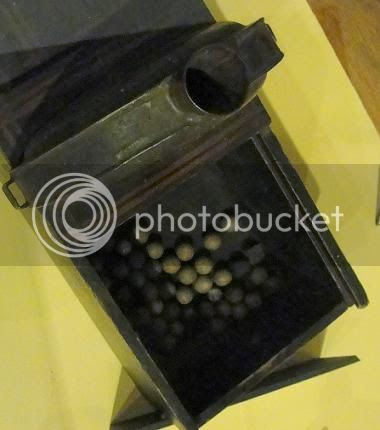 2720. These are Ninja rocks, which are actually broken shards of a spark plug. "Since they can quickly and almost silently fracture the glass windows on most cars, ninja rocks are increasingly the tool of choice in "smash-and-grab" auto burglaries. They have no traditional association with the ninja or ninjutsu, only being named such due to their "silent but deadly" function in burglaries. In California as of 2003, ninja rocks are explicitly listed as burglary tools, and their possession with intent to burglarize is a misdemeanor punishable by up to six months in county jail and/or a fine of up to $1000."

This video shows their effect on a car window compared to a rock and metal nut: 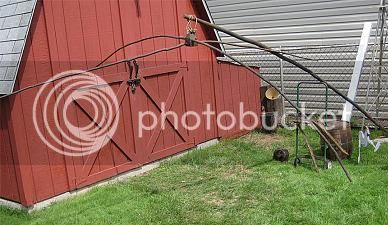 Thanks to Ron in Michigan for this photo
Larger image

2723. A Greenlee circle cutter for use on sheet metal by electricians and machinists:


2724. No verifiable answer yet for this tool, most common guess is that it's for reloading ammo:

Are you interested in Old Tools and Tool Collecting? Want to learn more about tools, and meet some great people who have the same interests? Please take a minute to check out the Mid-West Tool Collectors Web Site at this link: www.mwtca.org.

To submit photos, send them to the address in my profile, please include dimensions, any text on the item, and where it was found. 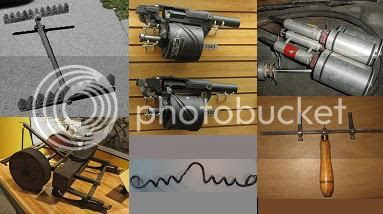